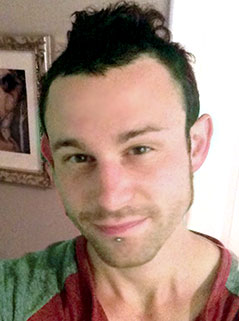 The growing world population coupled with longer human life expectancy warrants the need for better medical implant development. Recent advances in lithographic techniques have opened the door to a variety of approaches to tackle the aforementioned issue. However, several scientific hurdles must be overcome before patients can use fully synthetic and effective implants.

Identifying the optimal material, porosity, and mechanical properties of the scaffold to induce cell functionality are key obstacles. Limitations in established fabrication techniques have hindered the ability to fully understand cell behavior on 3D substrates. 3D printing is limited to feature sizes that are at least one order of magnitude larger than a single cell (~10μm); electrospinning is able to yield features that are on the same scale as cells, but its stochastic nature leads to scaffolds with poor mechanical properties; salt leeching doesn't allow for control of pore size and distribution which have detrimental effects on nutrient diffusion and cell ingrowth, thereby thwarting the formation of functional tissue.

Much effort has been made to create a suitable platform for regenerating a relatively less complex organ, such as bone, yet the inability to fully understand cell mechanics on 3D scaffolds has curbed the fabrication of effective bone implants.

The first part of this thesis focuses on the suitability of nanoarchitected materials as 3D platforms for bone-tissue growth. We employed two-photon lithography to create polymeric and hydroxyapatite-coated 3D nanolattices to explore scaffold biocompatibility and material effects on osteoblast attachment and growth. Our experiments showed that the unit cell geometry, tetrakaidekahedron, and size, 25μm, were adequate for cell attachment and infiltration, which are hallmark signs of biocompatibility. Our study also corroborated previous findings that mammalian cells respond differently to different materials that they come in contact with. To isolate structural effects, we fabricated nanolattices coated with a uniform 20nm-thick outermost layer of TiO2. These nanolattices, which had fixed porosity and unit cell size (25μm) while they varied in structural stiffness (~2-9MPa) were used to explore the influence of scaffold properties on the viability of osteoblasts in a microenvironment similar to that of natural bone. Upon growing osteogenic cells on the nanolattices, significant cell attachment and presence of various calcium phosphate species, which are commonly found in natural bone, were observed. These findings suggest that 3-dimensional nano-architected materials can be used as effective scaffolds for bone cell growth and proliferation.

The second part of the thesis investigates the effects of nanolattice structural stiffness and loading conditions on osteoblast behavior. We fabricated nanolattices with stiffness ranging from ~0.7MPa to 100MPa. Experiments done by seeding osteoblast-like cells on these nanolattices revealed that both stress fiber concentration and bioapatite deposition were higher on the most compliant nanolattice, (0.7 MPa) by ~20% and ~40% respectively. These results provide insights into cell behavior in 3D microenvironments which can lead to a better understanding of stress shielding at the cellular level. Preventing stress shielding by creating scaffolds with structural stiffness and porosity that enhances osteoblasts activity could lead to the creation of effective implants with improved mechanical stability which ultimately improves osteointegration.

In addition to investigating static cell-scaffold interactions we took advantage of the nanolattices tunability to study the effects of dynamic loading on cell behavior. Bone adaptation is driven by dynamic, rather than static loading, however there is still wide controversy on whether stress, strain or loading frequency plays the most significant role in bone remodeling, which drives bone healing.

In order to understand cell sensitivity to varying loads, displacements and frequencies, we fabricated hollow TiO2 nanolattices with stiffness ranging from ~0.7-35MPa which were populated with osteoblast-like cells and subjected to cyclic compression to either a constant stress or strain. After seeding SAOS-2 cells on the nanolattices for 12 days different dynamic loading conditions were tested: (1) cyclic uniaxial compressions to strains ranging from ~0.3-2% strain were carried out to investigate the effects of strain magnitude on cell behavior. (2) Cyclic uniaxial compressions to stresses spanning from ~0.02-1MPa were performed to explore the role of stress magnitude on the cells' stress fibers formation. (3) The nanolattices were cyclically loaded at different frequencies, ~0.1-3Hz, while maintaining stress and strain constant, which provided insights into how loading frequency affects osteoblasts behavior.

The last part of this thesis is focused on developing a three-dimensional architected capacitor that could be used as a strain gauge to further our understanding of cell mechanics in 3D. We took advantage of the mechanical tunability of the nanolattices to fabricate a 3D parallel-plate capacitor with a basal capacitance of ~280fF and able to sense forces as low as ~30μN. This work points to nano-architected materials as promising candidates for ideal platforms to investigate more realistic cellular conditions which can immensely benefit the field of tissue engineering.