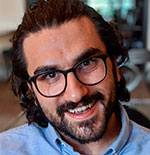 Recent shifts in the astrobiological community have prompted the development of methods for the direct search for extant life within our solar system. In order to look for life elsewhere in our solar system, it is important to also investigate the broad spectrum of extant life on Earth. Over millions of years of evolution, life has continually adapted such that an ‘extreme’ environment has become a relative term. What is considered extreme for one type of organism is home to another and vice versa. Furthermore, very little is known about the organisms that inhabit these extreme environments, and even less in known about their in situ behavior. Investigating various extreme environments around Earth in order to understand the in situ behavior of organisms that inhabit it will better inform the astrobiological community when planning future space missions for the direct search for extant life within our solar system. However, no suitable instrument exists to conduct these in situ field campaigns, while also being physically robust enough to withstand the rugged terrains that can be expected from extreme environments.

This thesis describes the development of a novel off-axis digital holographic microscope (DHM) for the direct in situ observation of microscale organisms in extreme aquatic environments. The hardware developments of this instrument are introduced and validated experimentally as well as software developments including autonomous particle detection and tracking algorithms. This instrument is then used in novel laboratory experiments involving the development of optical phase contrast agents, as well as deployed to multiple field campaigns where off-axis DHM is used to observe the in situ behavior of microorgansisms in various extreme aquatic environments around North America.